About the Fay Club 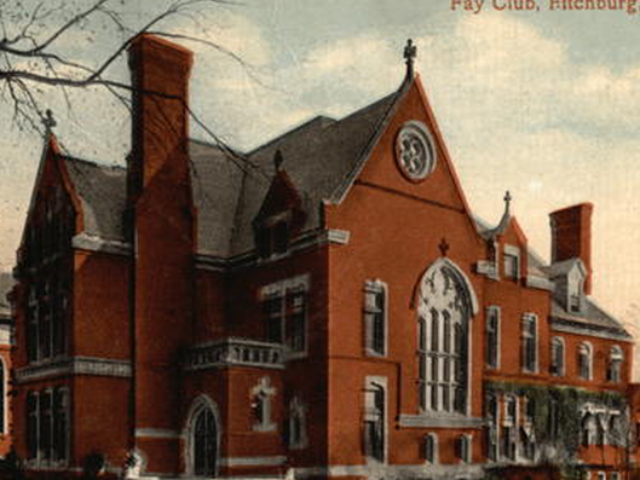 Designed by the famous architect and AIA co-founder John Upjohn, our beloved building has been a fixture in Fitchburg since its completion in 1883.

George Flagg Fay was born in Warwick, MA in 1828. Mr. Fay amassed his riches by investing in the railroad business. He built the High Victorian Gothic as a family home. Unfortunately, he was only able to enjoy the beautiful brick building until 1895 when he died at the age of 67.

His daughter Lucy, who was born on September 11th, 1864, inherited her father’s fortune as well as the home. Miss Lucy, as she is affectionately referred to as by Club members, resided in the home until 1910 when she accepted a marriage proposal from a Mr. Griffeth of Pasadena, CA.

Before moving to California, Miss Lucy decided to donate the building to the local Park Club in her father’s memory. To honor Miss Lucy and their departed club member, the club was rechristened The Fay Club. The building, which was added to the National Register of Historic Places in 1978, has housed The Club ever since.

In 2015, after decades of service to Fitchburg’s community of businessmen & women, the Club was closed by its voting board of members. Fortunately, thanks to the efforts of several dedicated members, The Club officially reopened in 2016.